Need is the mother of innovation.

When lifesaving devices were in its invention stage, the rigid cork was used by Norwegian seamen and UK sailors.  The discomfort that the hard cork offered led to the creation of “softer” flotation devices with Kapok fiber-filled sealed pockets.  The fiber was found to be 5 times more buoyant than the cork!

The Kapok fiber comes from the tree Ceiba pentandra a.k.a Silk-cotton tree, or Nun (in Thailand), or Kapok (in Malaysia and the Philippines).

The tree is a towering 200 feet giant in the American and African rainforest.  Because of this, Mayans believed this magnificent tree to be sacred with its roots reaching into the underworld and its branches holding up the sky.  In fact, the Mayan word for kapok means “raised up sky.”

The smaller species cultivated in Asia grow up to 30 m tall.  After flowering, it produces ellipsoidal fruits which contain small dark seeds embedded within its fluffy fiber.  These fibers are naturally designed to protect by parachuting the seed to the ground—or when the fruit is unopened–allow it to float above water for a long period.  A mature tree has been known to yield around 15 kg of fiber in a year. 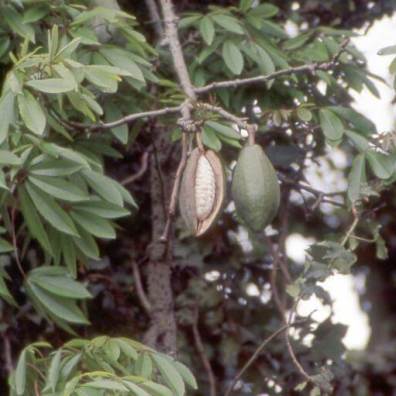 Inside the kapok fruit (Source: http://www.feedipedia.org/node/48) 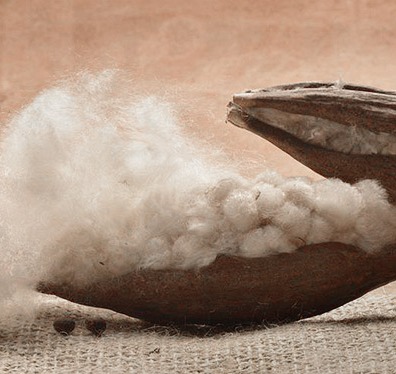 The fiber was commercially important as mattress and pillow stuffings before the advent of the 2nd World War with Indonesia as the top producer.  During the war, the American Navy used kapok filled life jackets.

In the 21st century, Kapok fiber has little international trade.  Having been replaced by synthetic foams.  Especially since the fiber is highly flammable.  However, its other values such as its waxy, water-repellent quality; its medicinal properties; its forest rehabilitation potential; and its bark pigment for dyes—and the quest for more sustainable and green resources—the king of the rainforest may yet have its place of significance again.

Sometimes we don't need a famous person's motivational quote to get us off our butts and get things done. There will always be that one thought that is louder than any alarm. What could it be for the MATIC team? Check it out and see which one you can relate to!
🇵🇭🇵🇭🇵🇭 Congratulations #HidilynDiaz for winning the Philippines' first-ever Olympic gold medal at the #Tokyo2020!
Loading Comments...
%d bloggers like this: