Baling-uai (pronounced as /bAH-ling-uo-wAH-ie/), known internationally as “false rattan”, “whip vine”, or “bush cane”, is an upright and slender plant. One of the major characteristics of baling-uai is its leaf tendrils which is the slender threadlike appendage at the tip of its leaf often growing in a spiral or curly form, that stretches out, and twines around any suitable support to climb trees and lattices. It develops a smooth stem growing up to about 15 meters long and 2.5 centimeters thick and usually has a single surface wrapping around it. Its leaves are attached to the stem directly by its base without a stalk, growing up 25 centimeters long and four centimeters wide or more. Furthermore, the leaves have a narrow oval shape with a rounded base and terminating in a curled tendril at the tip. It also grows white flowers in clusters attached to a short stalk that’s 15 to 30 centimeters long.

Baling-uai also develops fruits that are rounded and smooth, red when mature, and about five millimeters in diameter.

This species is naturally found climbing in big, old trees of secondary forests at low and medium altitudes in all or most islands and provinces in the country. Significantly abundant in the provinces of Palawan, Batanes, and in the Mindanao region. It also climbs over shrubs and smaller trees in wet to dry forest. Its habitat includes moist forests near shore or river, mangrove swamps, freshwater swamps, and areas from near sea level to elevations of 1,500 meters. Currently, baling-uai are mostly utilized by gatherers themselves or sold to local processors as tying material. 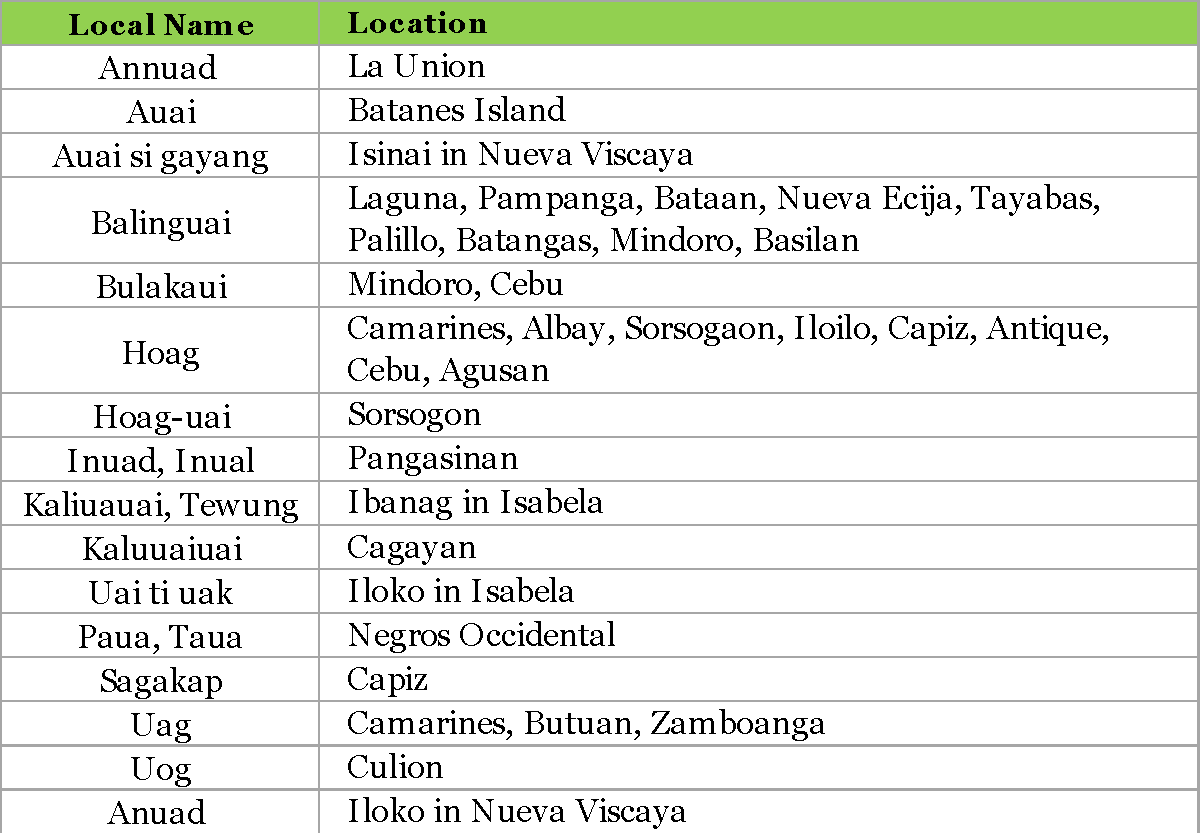 Baling-uai is one of the important climbers used as tying material. Its stems or vines are dried and used in sewing nipa shingles for roofing of simple huts and cottages in the local community. It is also used for basketry, in making fish traps, nets, and ropes. In the Philippines, baling-uai is utilized mostly as a supplementary aid or tying material in creating products made out of other indigenous materials, mainly because of its inferior quality compared to other materials such as rattan. However, other countries such as Japan, put the material into bigger use and developed them into baskets, bags, tableware, and home decors.

Baling-uai also has its own medicinal benefits. Study evaluated the antioxidant capacities of leaves of Baling-uai and its fresh young leaves are boiled, cooled, and drunk to treat asthma, shortness of breath, and fever. In other local communities, the decoction of its roots is taken for influenza, cough, and vomiting while the decoction of its flowers and leaves is used as diuretic i.e. to increase the production of urine. On the other hand, the infusion of chopped pieces of its fresh stalk is taken to relieve stomach ache, diarrhea, and dysentery, and in other places, the roots are said to be used as contraceptive. However, some parts of this plant are also edible. The young leafy shoots are cooked and eaten as vegetables. Also, its stems yield a sweet sap and are chewed like sugar cane.

Its application in the field of cosmetic is still a subject of further research and development but locally, the young leaves of Baling-uai are used for making hair wash and to promote hair growth.

Though it is not as in-demand as other well-known indigenous materials, Baling-uai is a promising resource that’s abundantly available in the country. It is also considered a good alternative for rattan, all the more so as it has the capability of regrowing after cutting, giving it the edge when it comes to eco-friendly production and sustainability of the species. Currently, it is not being utilized in large scales and is generally harvested for local consumption.

Supported by the Connections Through Culture programme of the British Council, our Materials Library Expansion Project is the first collaboration between UNESCO Creative Cities of Design #Cebu and #Dundee. #MATIC #CreativeDundee #BritishCouncilPh #BritishCouncilCTC